Public PlayTime Presents: The Gift of the Mad Guys 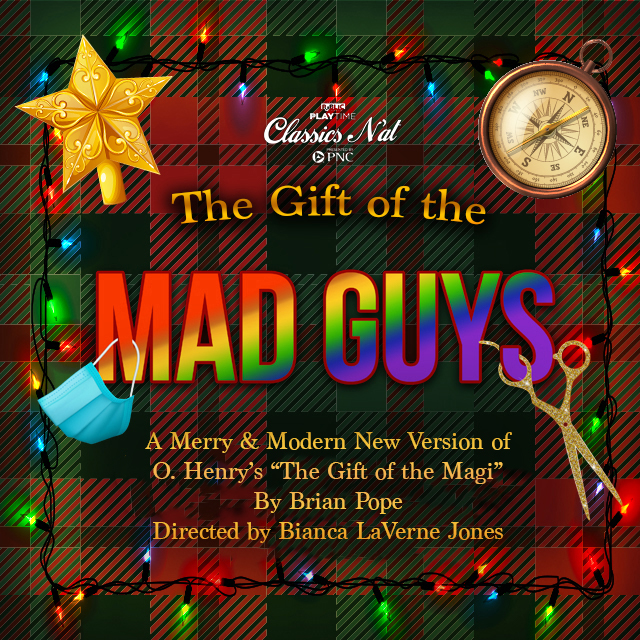 A Merry & Modern New Version of O. Henry’s “The Gift of the Magi” by Brian Pope!

In this joyful new adaptation, Brian Pope (Public PlayTime’s “Milo de Venus”) puts a timely spin on the timeless twist of the holiday season’s original romantic comedy, O. Henry’s “The Gift of the Magi”. For Wes and Andrew, the arrival of the most wonderful time of the year during the less-than-wonderful year of 2020 is bittersweet. When the world shut down, their wedding fund became…well, let’s just say it became socially distant. Since then, Andrew’s focus on his work as a hair stylist has turned him away from all things merry and bright. Wes is obsessed with the Hallmark Channel, so even with their dwindling dollars, he still believes in the spirit of the season, and exchanging thoughtful [and luxurious] gifts!
Their charmingly opposite ways spark a few seasonal debates, which have the neighbors all-abuzz. Between chance encounters with a pair of bagpipe players, an aspiring wig mogul, and a yuletide social media influencer, they remind us, and each other, that the gift of selfless love is positively priceless.