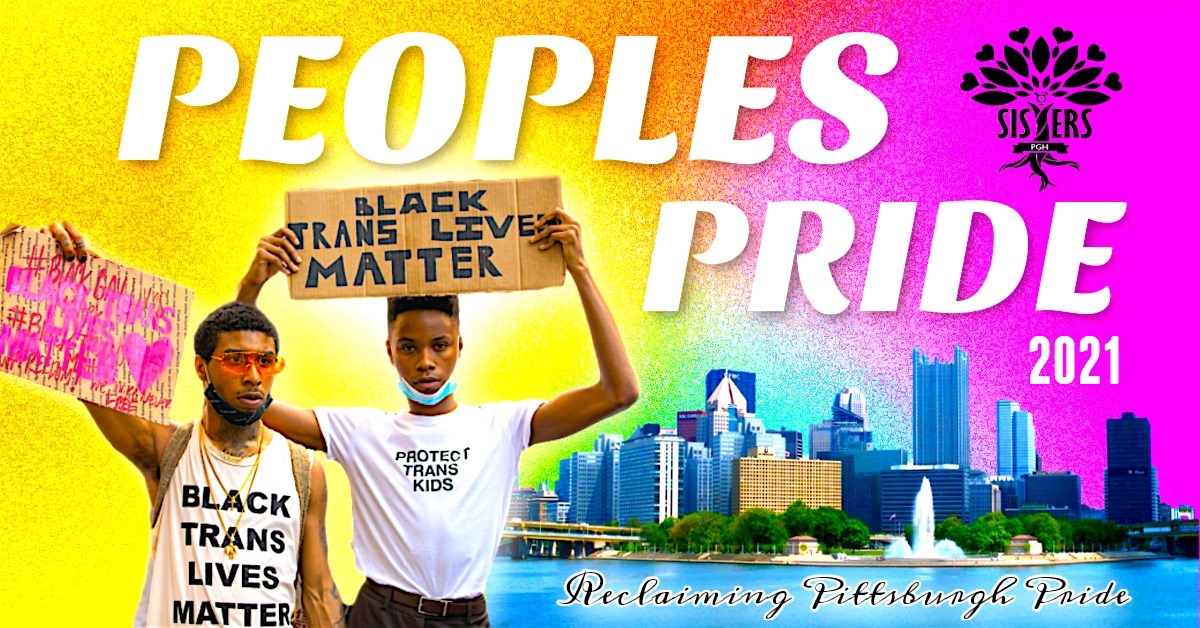 It is now our time to Reclaim Pittsburgh Pride as a community that has suffered under the Leadership of The Delta Foundation of Pittsburgh. Roots Pride PGH led the movement to hold Delta accountable for there crimes and harm to our LGBTQIA+ communities and People’s Pride PGH continued the movement towards liberation in 2017 as a protest of Pittsburgh Pride Fest because of the segregation, partnerships that undermined our LGBTQIA+ communities, flawed and racist leadership, theft of funds that should’ve been supporting our communities at large.
Recently the Delta Foundation of Pittsburgh dissolved after arrest and investigation of Gary Van Horn and an audit of the organization which turned out to be what we as protestors and organizers have already been protesting against for over a decade!
In the wake of this news, we are thrilled to have ushered in Pittsburgh Pride Task Force, which will be a body of protestors, organizers, volunteers, and community partners who will be ensuring our Pride in Pittsburgh is run inclusively while continuing to be a grassroots effort that brings our communities closer and bridges those gaps for those affected by the Delta Foundation Of Pittsburgh while fighting for the rights we need and deserves as a TLGBQIA+ community of Pittsburgh, unapologetically and organized!
People’s Pride PGH is Pittsburgh Pride!
Roots Pride PGH is Pittsburgh Pride!
Our historic fight and labor is why we now have an opportunity to Reclaim Our Pride as we organized to do in 2017.
This year’s events will unapologetically highlight the pressing need to stand up and fight for Black Lives, while also centering Black Trans people in the process! We are also stressing the need for intersectional leadership while creating spaces for us all to learn, thrive, stand in solidarity and fight for equality together!
We hope to see you in attendance!
#BlackLivesMatter #BlackTransLivesMatterToo #SayHerName #PrideMonth #MichelleTamikaWashington #ShanteeTucker #LondonChanel #ElishaStanley #KeishaJenkins #DiamondWilliams #TonyMcDade #AliciaSimmons #GeorgeFloyd #BreannaTaylor #AaliyahJohnson
HISTORY
People’s Pride PGH began in 2017 in protest of the Delta Foundation of Pittsburgh’s destructive, dangerous, and toxic actions, which have over the years undermined Pittsburgh’s TLGBQIA+ communities. People’s Pride PGH, which is now Pittsburgh’s leading community-centered Pride event, was founded and is directed by Trans people of color and allies to bolster the unapologetic approach needed to demand equal rights and visibility for our TLGBQIA+ communities in Pittsburgh and around the country.
This year’s People’s Pride PGH will be an experience of education, resilience, and celebration centered around Black Trans people. We will demand equal rights and celebrate the TLGBQIA+ lives and organizations still thriving today, while memorializing those we’ve lost through violence and erasure.
WHY WE FIGHT
Pride has always been political, and we intend on continuing to highlight the lack of equal rights within our city and statewide. The recent SCOTUS decision ruling TLGBQIA+ people cannot be fired from their jobs simply for their sexual orientation or gender identity was certainly a victory, but there is still much to be done—ending at-will employment, for example, is still needed. And according to the 2015 US Transgender Survey found that in the past year, 21% of respondents experienced some form of housing because of their transgender identity.
It also remains legal in Pennsylvania to put forward a defense in court of “LGBTQ+ panic.” This is a strategy that asks a court to blame a victim’s sexual orientation or gender identity to defend against charges of a violent crime, such as assault or murder. In 2020, we cannot allow for our legal system to permit an “excuse” for violence against TLGBQIA+ because of simply who we are. Legislation continues to be introduced in the Pennsylvania General Assembly but has yet to advance.
These are just a few reasons why we must continue pushing for legislation that protects our communities from the many phobias that plague our equal existence in the commonwealth of Pennsylvania.
We also know that Black trans women in Pennsylvania continue to be the majority of TLGBQIA+ individuals targeted for murder. The violence against transgender Pennsylvanians must end. We can do this through uplifting Trans women and femmes and providing for equity, inclusion, and education in our communities.
CALL TO ACTION
People’s Pride PGH: Black Trans Lives Matter Too will make our strong call to action to leaders in our city and state government to address the urgent needs of those most marginalized. It is imperative that we get movement on statewide nondiscrimination protections, including a ban on panic defenses, hate crimes legislation, TLGBQIA+ community education, homelessness and poverty programs, meaningful employment opportunities, ending the violence against TLBTQIA+ people – particularly Black and brown trans women – and address so many other vital issues. We must, and can, do this and more.
People’s Pride PGH will also highlight the need of our TLGBQIA+ communities of color to advocate for ourselves and ensure our voices are heard, to guarantee laws are enacted that protect us all! We can support the community work that needs to be done while working closely with city and state government to secure the civil rights of TLGBQIA+ youth, adults, and seniors.
THE WEEKEND AGENDA
TBA
SPONSORSHIPS/DONATIONS
For sponsorship opportunities, please click the Sponsorship button below or email us at info@sisterspgh.org.
Electronic Donations can be sent to:
PayPal.me/SisTersPGH
CashApp: $isTersPGH
Venmo: SisTersPGH
Checks can be sent/written out to:
SisTers PGH
2014 Monongahela Ave
Pittsburgh Pa 15218
Memo: People’s Pride PGH 2020